Baba – Sink your ship before others do 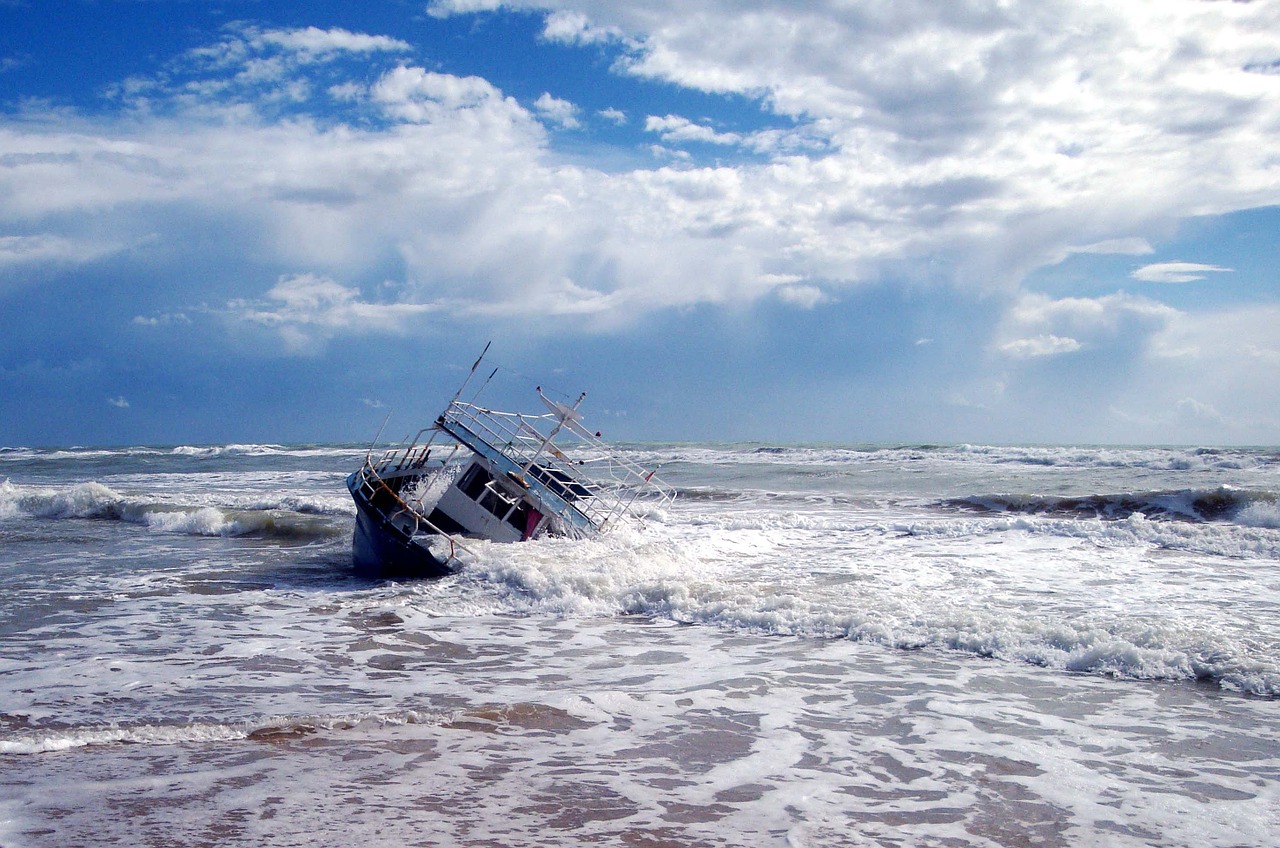 Today’s post is the second leg of my „pirates in business“ series. After I published The Wild 13 – team up like pirates I received an email from Hans-Martin. When he read about diversity he was reminded of the different characters in Asterix. And one character which came to his mind was „Baba“, the pirate who is on the lookout. As you can guess I found some analogies to business. Baba and the pirates from the Asterix adventures might be less stupid than they appear. But there’s another meaning of „baba“. Last week I visited Vienna. When saying good bye, the Vienesse say „baba“. I’ll show you that it makes sense to say „baba“ to your business model, which currently produces good results.

To get everybody on the same page and in case you don’t know the Asterix stories, here’s a quick summary of what happens. The adventures are about a village of Gauls who resist the Roman empire. The main characters are Asterix and Obelix. On their adventures they sometimes sail on the sea and meet a group of pirates. The story is always the same. The pirates are on the way to their next takeover. Baba who is in the crow’s nest always notices the Gauls, but it is too late. Asterix and Obelix have big fun to sink the pirate’s ship. It is a running gag over several adventures. In „Asterix in Britain“ the pirates sink their own ship already when they see the Gauls.

Do you take your crow’s nest serious?

Like on the pirate’s ship there are also different roles and hierarchies in a company. The captain is the CEO or a senior executive of a business unit. And we have people on deck and in the crow’s nest who are people at the periphery of the business. These people are in touch with the customer or respectively the market. Like Baba in the Asterix adventures they are the first ones who see where money can be made, but also where enemies and risks are on the horizon. Baba spoke a little different language than others on the ship and there was also some delay in communication between him and the captain. More than once this caused the total disaster and the ship sunk.

So what can we learn from this? In many organizations people in the periphery are supposed to just execute what the captain says. There’s also quite some delay between the periphery and the C-suite due to several hierarchies. Shouldn’t we put more attention to people in the periphery? These are the people who are the closest to the value creation and see everyday what happens on the market. I think the only way to be successful is to create a system where they are alert, communicate quick and well and ultimately steer the ship based on what they see. When the markets around us are so dynamic we need fast control loops.

Do you have visibility of what’s happening around you?

Let’s assume you take your crow’s nest serious. Do you have visibility what is happening around you? Some might do competition analysis and closely watch what their competitors are releasing. We also might measure a lot of things related to customers like number of customers, revenue, and customer satisfaction. Looking at the Asterix adventures, the Gauls have been neither a „competitor“ nor a „customer“ for the pirates. And still the Gauls continuously wrecked the pirates. So it is important to stay alert for such potential blind spots. Let me give you one example from my industry, the semiconductor industry. There’s a company called ARM. They are a supplier of IP (Intellectual Property) and we as well as our competitors are their customers. Over the past few years they offer more and more building blocks for processors and microcontrollers. This means they could wreck us because all the building blocks of a chip can be bought from them and the silicon chip becomes a commodity. And they are neither a competitor nor a customer. You might find similar examples in your industry. This might not always be another company but something like a mega trend, new regulations or other external influences.

Sink your ship before others do

As written before, the pirates once sank their ship before the Gauls could do it. Obelix commented: „These pirates are crazy“. But on a second glance this might not be a bad idea. I think you should really sink your ship before others do. You might call me crazy too. I don’t advocate to kill your company. But why waiting on other’s to sink your ship? Why not sinking it your own and replacing it by something better? I think this is a healthy exercise every business should do on a regular basis. Not sure what the right frequency is. Maybe once per year is realistic, maybe the market is so dynamic that you need it at least on a quarterly basis. How could it look like? Assemble a diverse team of people from the „crow’s nest“, from the „bridge“ and people with an external view and ask them to disrupt the current business model. Where are new pain points in the market? Where do we see disruption in other industries? Where are „Gauls“ in our industry? Where does our ship have weak spots? Going one step further you can even experiment with new business models, prototype and test them. By that you build your new ship before the old sinks. Now it is your decision when to say „baba“ to the old ship (=business model).

Are these pirates crazy? Or do you see some useful ideas in this story? I would be interested in your opinion and/or answers to the following questions:

Let me know in the comments, via one of my social media channels or by email.
„Baba“ and hope to see you again for the next ride.