I don’t have time for this… 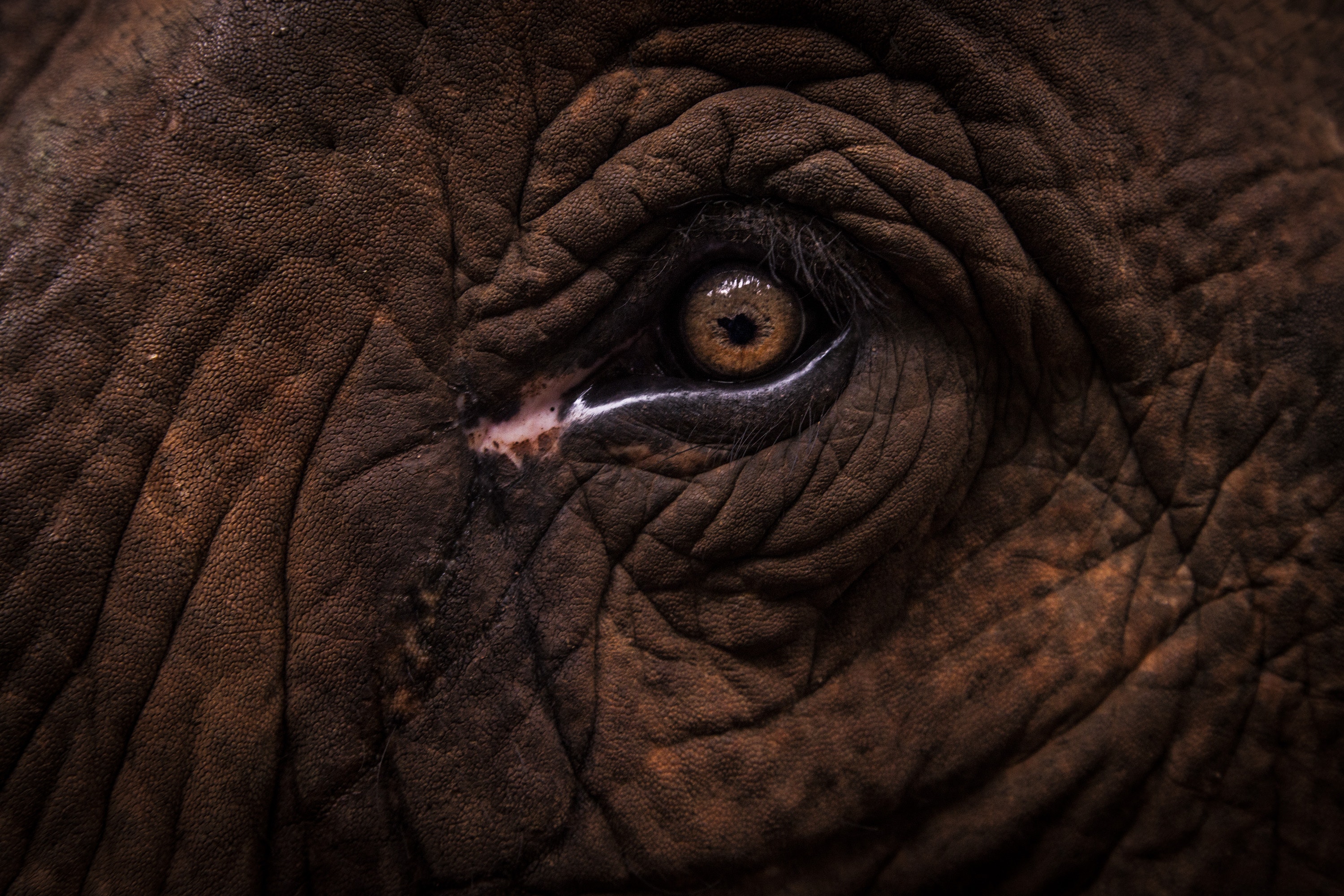 I’m over here! Helloooooo! Yes, I mean you… Still can’t you see me? Well, it wouldn’t be the first time. Most people don’t see me. And that since I’m so tall and I’m standing in the room with you. Some people see me too. But they act like they don’t see me. Some people look the other way. Maybe it’s my size? Or the wrinkled grey skin? But ignoring me doesn’t help. I’m not leaving so soon. How would I do that with that weight? 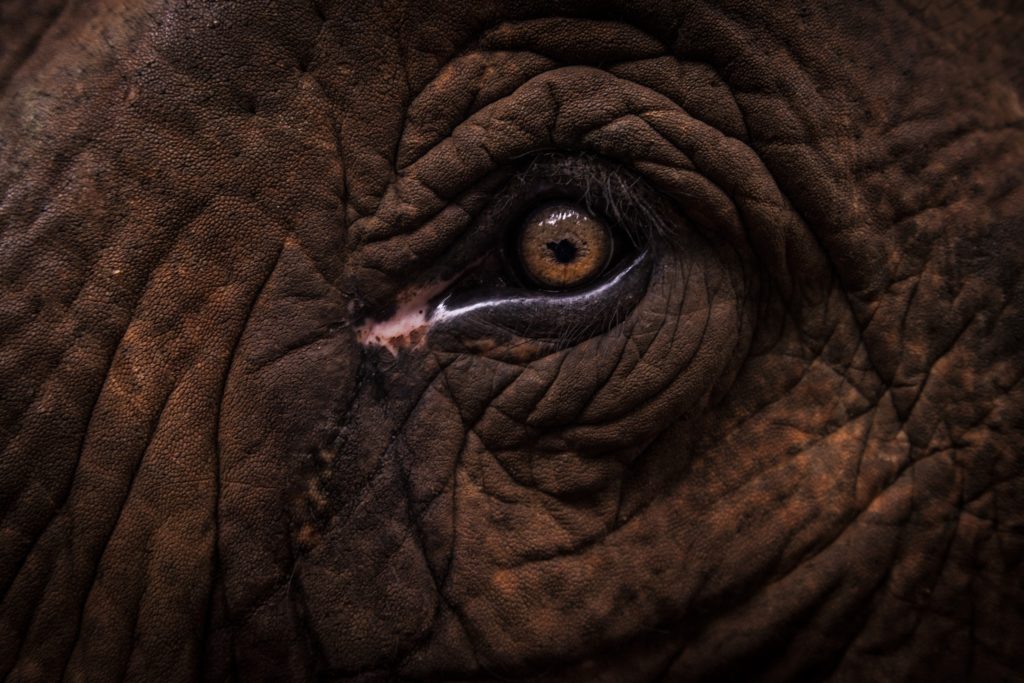 Elephant – Photo by Pete Johnson from PexelsI recently visited a group of people in a company. They didn’t want me to be ignored anymore. They wanted to show the others that I’m not as dangerous as I look at first sight. Since their colleagues are usually silent or even look away when they see me, they had to come up with something. This group was inspired by a art exhibition of HOOD Group on the topic “Agile Transformation”. So they decided to show artwork. They created photos, collages and even installations with Playmobil figures and toy cars. This is more apealing to people.

But who goes to an exhibition in the corporate world? They are always so “busy” in their daily business. Therefore one should probably not invite to an exhibition. Unless you don’t want anyone to come. So it needs another name. Why not call a spade a spade? That’s why they called the one-hour event “I don’t have time for this” and invited the whole organization. More than 30 people came who don’t really have time for this. Most of them looked a little irritated when they came into the room. There were no chairs, the tables stood in the corners and four works of art hung on the walls, which showed me and my kind comrades.

Sorry, I haven’t introduced myself. I’m an elephant in the room. My name is “complexity”. There are really many of us elephants. My best friend “Decision Making” was also present at this event. The old stage hog “Communication” is of course present at every party. He’s a little too pushy for me. And then this time there was a fourth one. I never knew him before. He was called “Responsibilities”. With that name, it’s no wonder it’s so inconspicuous.

The event was opened by a moderator and asked those present if they had any challenges. Almost all of them showed their hands. They also all agreed that they are not alone and that others in the room have the same challenges. We elephants stayed pretty cool, because as long as they didn’t call us personally there was nothing to worry about. But when four “artists” talked about us for five minutes each on the basis of their works, I got a little spooked. Many years ago David Snowden already came to my attention with his Cynefin framework. And as luck would have it, the “artist” has organized a picture quiz based on exactly this framework. 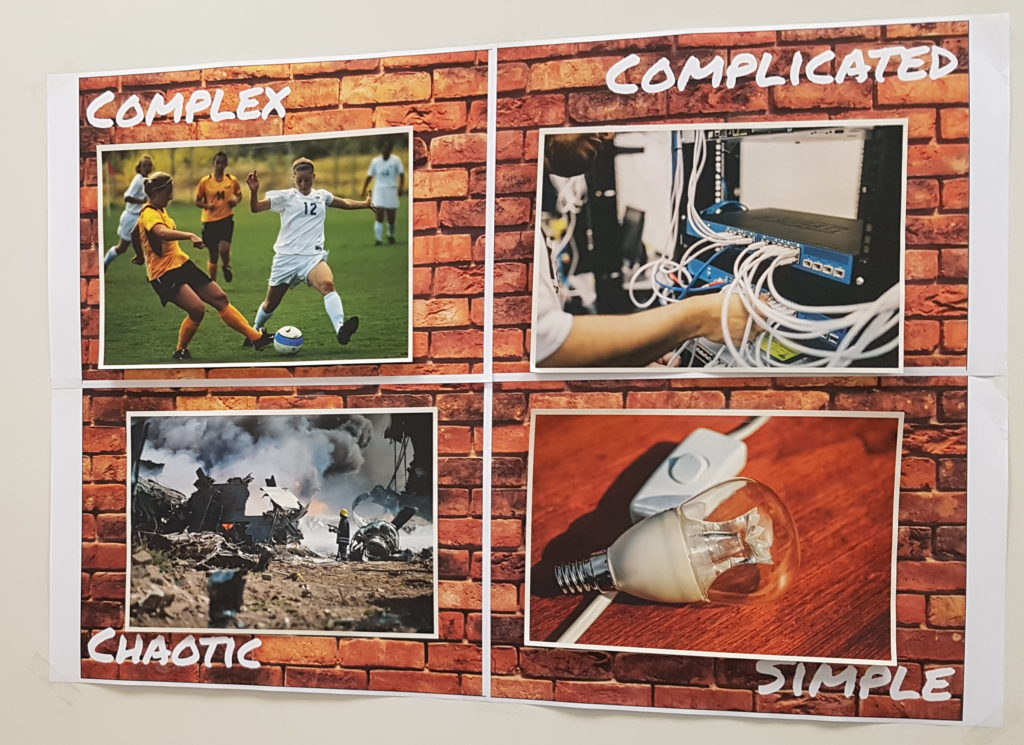 I thought it was very daring to compare myself with football. Luckily, many in the room didn’t recognize me in this analogy. On the other hand, I would always be faster and more flexible than the German national team at the World Cup in Russia. But let’s not do that. At the end of the short keynote address, you could all see me. Were my days numbered?

In the next 10 minutes they had refreshments and coffee. Time for me to catch my breath. Even if one or the other participant pointed at me, they could not really do anything with me yet.

When the topics were discussed again in small groups for 15 minutes, I became nervous. How to fight me effectively was asked? I wasn’t scared to death, but maybe I was in trouble after all. Fortunately, my fears were not confirmed. Everyone suddenly agreed that I somehow belonged to their daily business. That you can’t just ignore me and pretend I’m not here. Only how to deal with me, they don’t know that yet. The two others “simplicity” and “complexity” are always the favourites. They’re pretty good with those. No wonder for engineers. But when people take me like the two others, I get really uncomfortable. That’s what they’ve found out now. Then the time was up.

I was pleased with the short feedback round at the end of the event. We four elephants are now seen and belong to them. Some want to introduce us to their colleagues, others will take a little more care of us and a few will practice dealing with us. So that I would not be forgotten so quickly, there were by the way autograph cards of me: 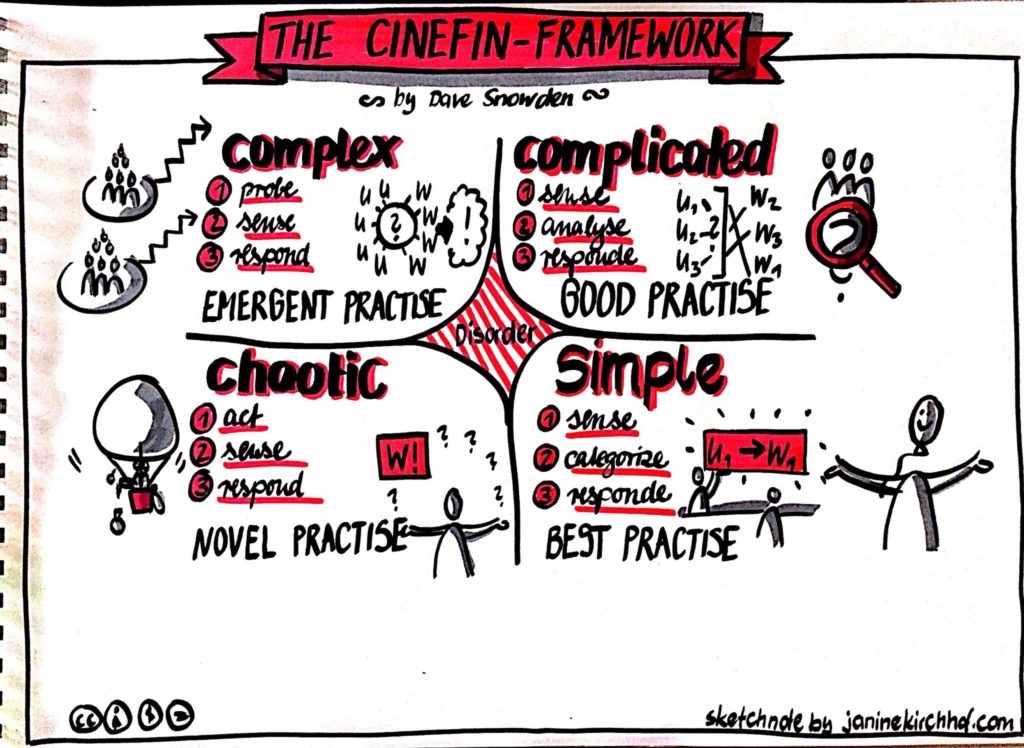 Unfortunately, “simplicity” and “complexity” are also included. I really can’t stand them anymore. Actually, I’m the secret star anyway. Because I have much more to offer. And it’s hard to get around me these days.

Now I’ve told you enough. Maybe you also organize such an event? I am looking forward to an invitation and would be happy to bring a friend or two. See you soon, then?

Kind regards,
“Complexity – your elephant in the room

PS: This post is part of the blog parade #BetterWork. I don’t think there’s a panacea for better work. Every organisation must find and go its own way. The elephants in the room must also come along on this journey. This applies to knowledge workers as well as to crafts, agriculture and industry. Maybe the described format will help you to get to know your elephants? I would be pleased about your experience reports as a comment, via social media or by email to[email]tobias@companypirate.de[/email].